The regions surrounding Adelaide are full of artisan producers, winemakers, fishermen and market gardeners, many of whom sell their produce at either the famous Adelaide Central Markets or at the Adelaide Farmers’ Market, held every Sunday morning at the Showgrounds in the suburb of Wayville.

The Central Markets date back to 1870 and are a treasure trove of cheeses, smallgoods and fresh fruit and vegetables. Rebuilt after a fire in 1977, the Central Markets are billed as the largest undercover market in the southern hemisphere.

There are over 80 stalls, and the market is South Australia’s most-visited tourist attraction. Here you will find everything from house-made patisserie goods to freshly-caught local seafood.

The Farmers’ Market features regular cooking demonstrations and is divided into indoor and outdoor sections selling seasonal and local specialities.

Adelaide has a reputation as a staid, conservative city compared to Sydney or Melbourne, but its food scene is anything but sedate. 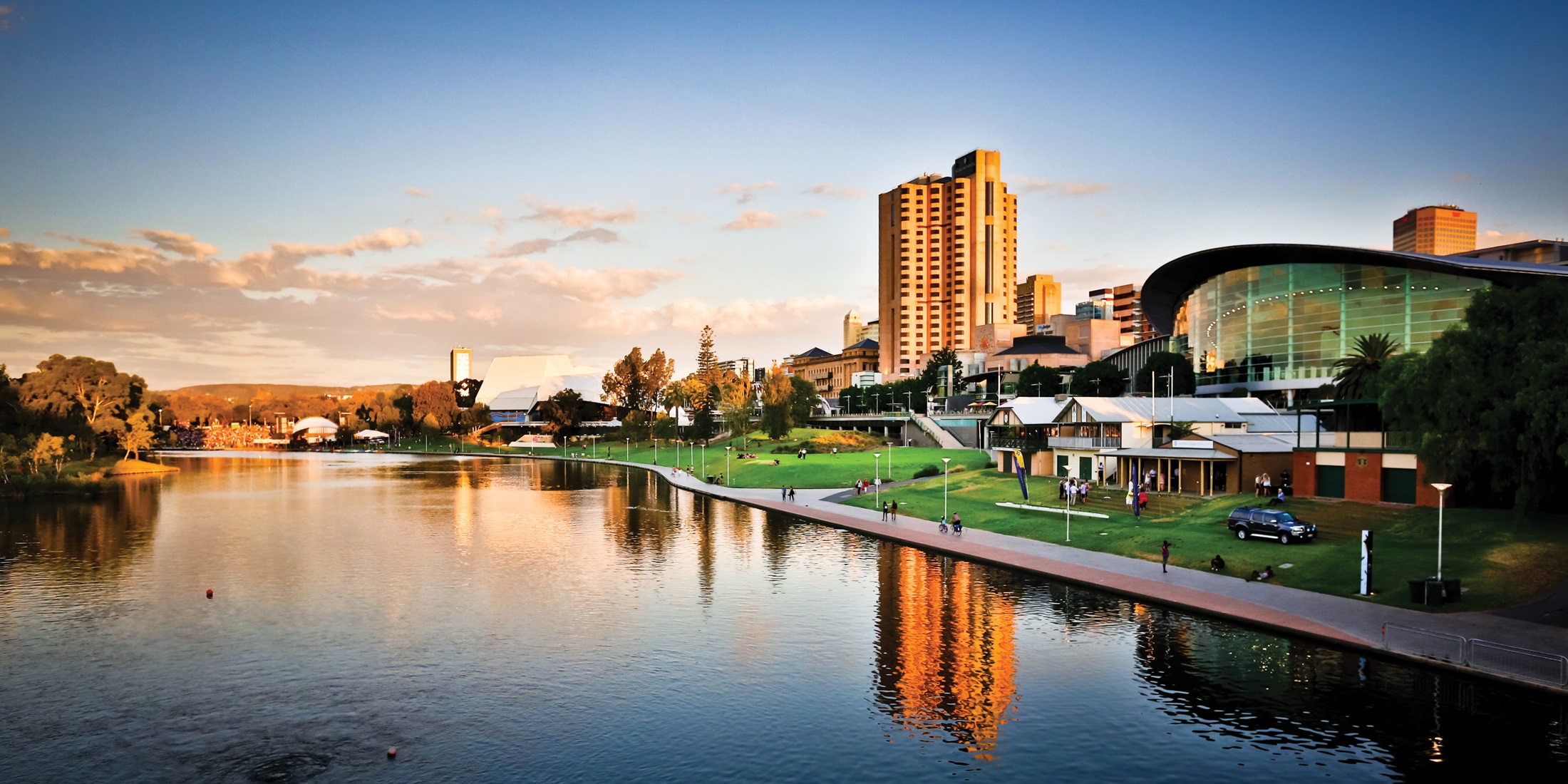 One of Australia’s leading food magazines recently named it as “our new hottest city” when it comes to eating out. Leading the way are innovative chefs Jock Zonfrillo from Orana, who uses indigenous ingredients in modern Australian dishes, and South African-born Duncan Welgemoed, who serves up cutting-edge cuisine with an African accent at Africola.

Throw in Press Food + Wine and its adjacent late-night wine bar, Proof, sophisticated Peel Street and several hole-in-the-wall wine bars like Cantina Sociale and Adelaide is buzzing.  Unfussy and popular with winemakers late at night, Sean Connolly’s remake of his Sydney success Sean’s Kitchen is a brasserie-style eatery noteworthy for its buzzy atmosphere and superb charcuterie.

Visitors don’t need to leave the city for authentic wine and food experiences, either, with Henschke Wines having opened their up-market Hill of Grace restaurant [named after their iconic shiraz] in the recently remodelled Adelaide Oval.

Penfolds, too, is in on the act, having spent 18 months building its Magill Estate Kitchen restaurant and cellar door, which overlooks grape vines, in suburban Magill. Here, as in the more formal Magill Estate restaurant, diners can enjoy Penfolds benchmark Grange by the glass.

Just down the road, arguably the closest vineyard region to any major city in Australia, the Adelaide Hills are home to winery restaurants including Bridgewater Mill and The Lane (check out the panoramic vineyard views), as well as dozens of cellar doors ranging from brash to rustic.

Unlike other urban areas, Adelaide was settled exclusively by free British colonists, not convicts, so when the city was planned in 1837, its founders didn’t bother to set aside space or resources for a jail, reasoning it wouldn’t be necessary.

More practically, Adelaide, which is known as “the city of churches” for its many spires, was designed on a grid system, so it is almost impossible to get lost. There are five city squares, and the downtown core is surrounded by parkland and bordered to the north by the River Torrens.

Today Adelaide is a city of infinite variety, hosting sporting events including the Clipsal 500 motor race, AFL matches most weekends and a Cricket Test match every summer since 1884. Adelaide and surrounding areas also host the annual Tour Down Under cycling race.

The locals don’t miss out when it comes to culture, either, with the city the venue for the annual Adelaide Festival of Arts and Fringe Festival as well as WOMADelaide, an annual celebration of music and dance from around the globe.

Just 12 kilometres from the city  – a quick ride away on one of the city’s signature trams – is Glenelg Beach, a weekend playground for city residents. It has an English seaside resort vibe and is perfect for a swim to work off any kilos you might have piled on.


The city fathers planned Adelaide as a green and gracious city. Its 19 parks now cover 45 per cent of the city area. 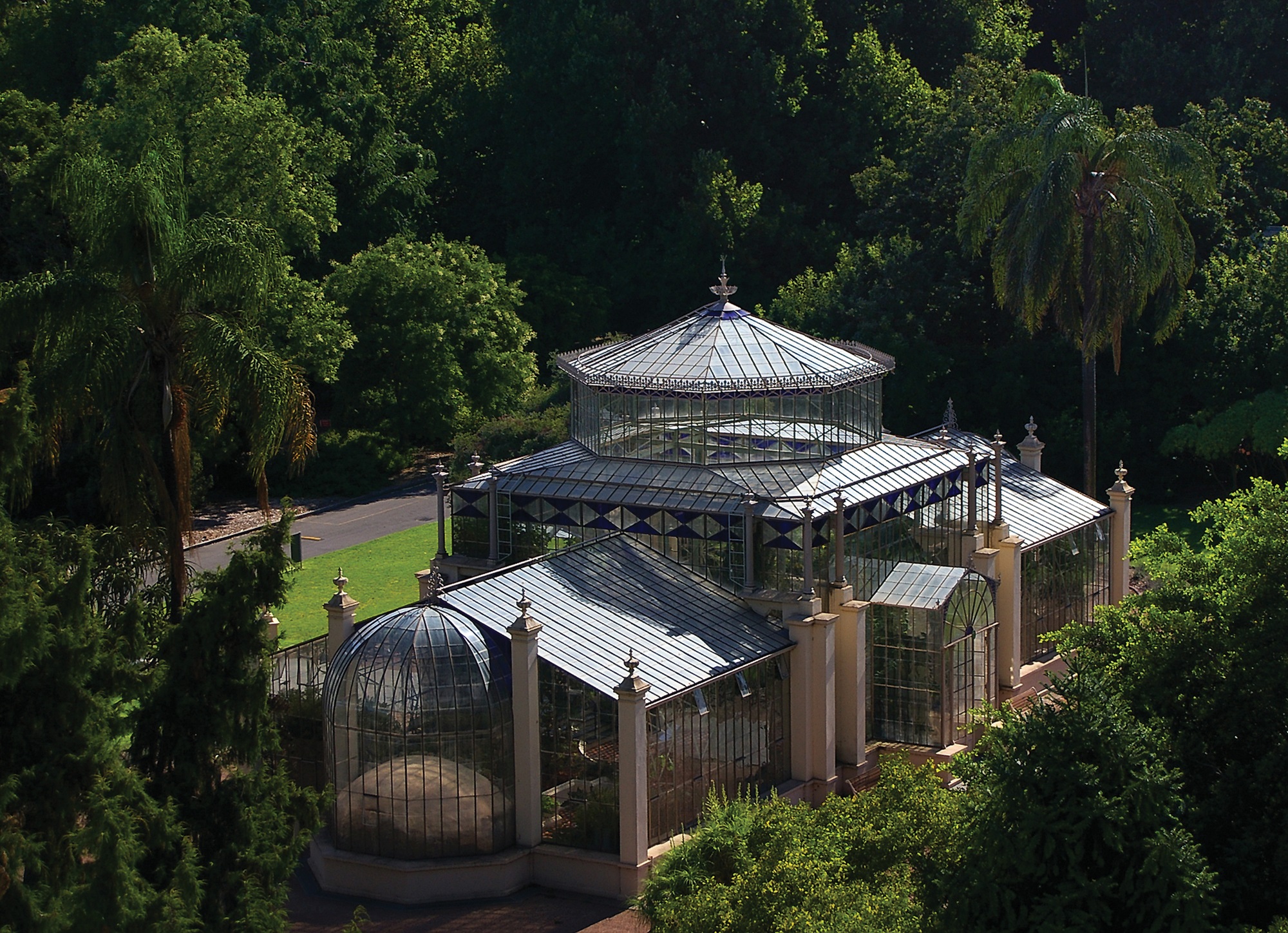 The magnificent Botanic Gardens is a little jewel of Victorian horticulture – and much loved by Adelaideans.

Visitors will find all sorts of exotic plants, such as the Wollemi Pine and the Amazonica Waterlily, plus a fine collection of 19th-century conservatories, pavilions and glass houses.

The Amazon Waterlily Pavilion is also not to be missed and is open daily. There’s a full programme of guided walks and special events throughout the year.