By Winsor Dobbin
The Hunter Valley has long overshadowed near neighbour Newcastle as a gourmet destination, but as Winsor Dobbin found out, they are very much worth taking in together.

The Hunter Valley, just a two-hour drive north of Sydney, is one of Australia’s most popular wine regions and hosts festivals, concerts and tasting events throughout the year.

Known as “Sydney’s playground” for its cellar doors, golf courses and day spas, it boasts over 60 cafés and restaurants and close to 120 cellar doors.

Hope Estate, Tempus Two and Bimbadgen Estate all host regular rock concerts that draw up to 15,000 people to the the region. They’ve been making wine in the Hunter since 1828 and best-known cellar doors include Tyrrell’s, McWilliam’s Mount Pleasant, Hungerford Hill, Tulloch, Drayton’s, Brokenwood, Tempus Two and Lindeman’s - but there are also dozens of small, family-owned boutique wine producers worth visiting.

The region is best known for its age-worthy semillons and shirazes, and varieties including verdelho and chardonnay also thrive here.

Head for the Small Winemakers Centre to sample regional star wines by the glass, or perhaps the slower-paced sub-regions like Lovedale, or Broke-Fordwich could lure you a little further afield.  Here you find outstanding producers including Margan and biodynamic pioneer Krinklewood.

Muse, Bistro Molines and Margan are outstanding options for food and wine matchings or check out restaurants like the new EXP, or venture out to Lovedale to sample some stunning food at Emerson’s at Adina Estate.

Singleton and the Northern Hunter are within an easy drive, and so are much-vaunted County Dining at Morpeth and Maitland with its old gaol and the George & Dragon restaurant.

The drive from Newcastle is now an easy one following the opening of a new freeway and the city is undergoing a dramatic metamorphosis to rival the vineyards as a gourmet destination.

Once an ugly industrial caterpillar, the second-largest city in New South Wales is emerging as a multi-coloured butterfly with a growing reputation as a destination for lovers of fine food, wine and craft beers.

And the arrival of that new freeway means Newcastle is now only a 30-40-minute drive from the vineyards.

A city previously best known for its coal and steel industries, Newcastle has been hit by recessions and an earthquake but has transformed itself into a vibrant city with a lively café culture.

The seventh-largest metropolitan area in Australia is shifting westwards; with a new focus on the waterfront urban renewal area known as Honeysuckle and the West End, once a wasteland of deserted buildings that is now increasingly home to funky restaurants and speakeasy-style bars that are open into the small hours.

“There has been a massive change of mood in Newcastle over the past few years,” says Luke Tilse, owner of the lively Happy Wombat bar and restaurant underneath the Quest Newcastle apartments. “There are several great wining and dining precincts, each with their own vibe,” Tilse says. 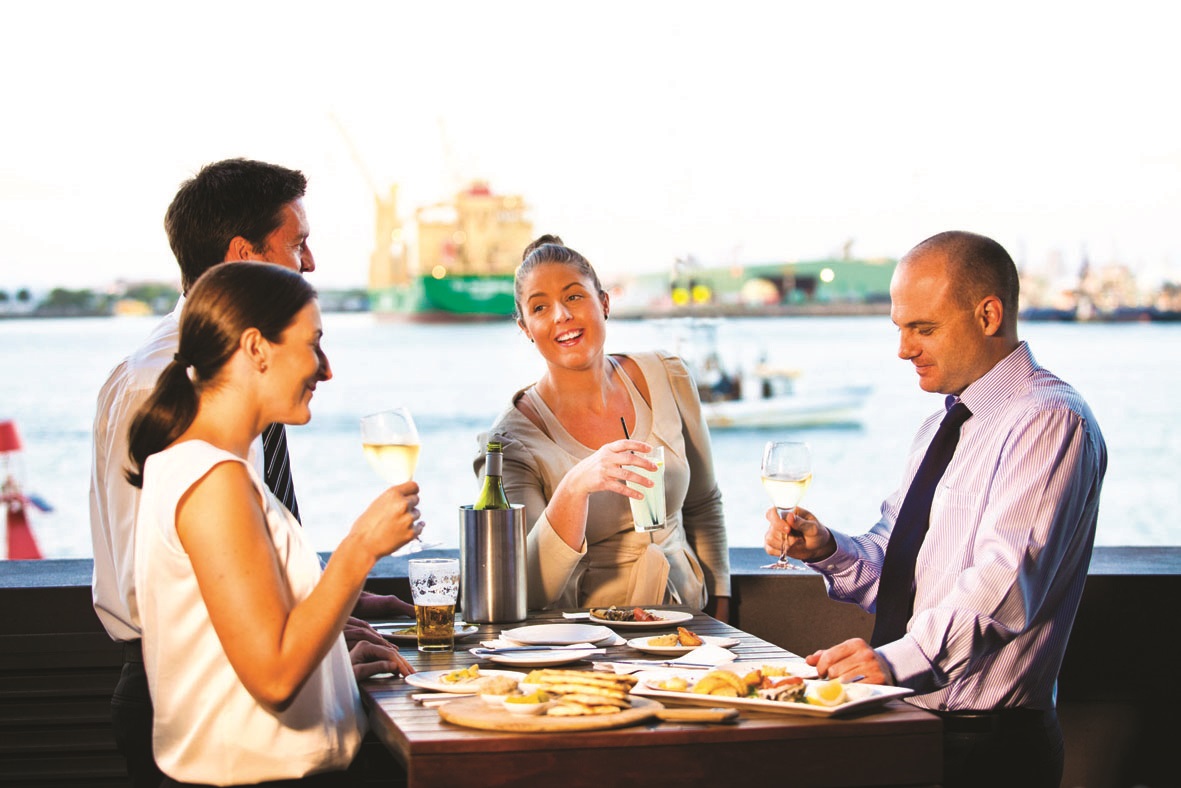 Leading the way in this city of urban renewal are two outstanding eateries, both run by talented local chefs.  Subo, a contemporary bistro on the western edge of the main street, Hunter Street (and just a block from Quest Newcastle) is the restaurant of chef Beau Vincent, whose cutting-edge food in a buzzy atmosphere has earned him two hats in the Sydney Morning Herald Good Food Guide.

Very different in style is Restaurant Mason at the other end of Hunter Street, run by chef/patron Chris Thornton, who has worked at London’s two Michelin-starred The Ledbury.

The Grain Store offers close to 40 craft beers and ciders on tap, and lovers of ales and lagers can also check out The Hop Factory, The Blind Monk, Craft & Co and the new Peroni Bar in the old Star Hotel (made infamous by the Cold Chisel song).


A meal with a view


For views with your food head to the spectacular Merewether Surfhouse, or join the locals queuing at the window to take away fish and chips from local institution Scottie’s.

There’s plenty of good coffee to be found (along with terrific breakfasts) at Frankie’s Place, Goldings and the Three Monkeys in Cooks Hill, while wine lovers should try to get along to Inner City Winemakers, which is part winery, part art gallery.

Late at night, when you are back in town, sample the cocktails at dark and moody Coal and Cedar, or try hipster hangout Koutetsu, a speakeasy-style bar with a name that means steel in Japanese.

But Newcastle isn’t all about eating and drinking. The Newcastle Art Gallery is one of the best small galleries in the country while Cooks Hill Galleries specialise in the works of local artists and the Newcastle Museum has a range of interactive exhibits.

Nobby’s Beach is one of Australia’s iconic surf beaches and a great spot for some early morning exercise, as are Merewether Beach and the Newcastle Ocean Baths.

Newcastle is a two-hour drive north of Sydney depending on the traffic flow, and a
40-minute drive to the Hunter Valley.