By Beverly Ligman
So you’ve been to Perth, but have you been lately? Beverly Ligman discovers a city that’s come of age and is showing off its shine.

Perth is having quite the moment. Locals and visitors alike are all talking about the ‘New Perth’ and the many hip new spaces there are to eat, drink and be merry.

Indeed, it’s hard to keep up with all the bar and restaurant openings in and around the city lately, but what a fantastic problem for any city to have.

There are new places opening their doors almost weekly, new precincts coming to life, more coastal developments than ever before and an altogether more grown up feel to the city.

Late last year the Treasury Buildings opened and its been a Perth hotspot ever since. The beautiful heritage listed 19th-century buildings were originally the State’s Treasury offices, and now they’re the centre-piece of the new Cathedral Square precinct, right in the heart of the city.

There’s a plethora of great dining options at The Treasury for the savvy traveller to choose from including Wildflower, Post, Long Chim and Petition Kitchen. All of them run by top chefs including Jed Gerrard, David Thompson and Jesse Blake – basically, it’s foodie heaven.

And if you fancy a beer after your meal you won’t be disappointed, Petition Beer Corner has 18 of them on tap and is one of the city’s most popular new Friday night bars.

Also, in the city is the brand new Elizabeth Quay development that will open to the public on January 29.The $2.6 billion-dollar project aims to reconnect the city to the Swan River with a host of casual and fine dining options all overlooking the water’s edge as well as public open spaces and festival gardens for live music and art shows.

Years in the making, the project will completely revitalize the city’s waterfront and includes a huge water fountain garden with majestic palm trees, 1.5km of boardwalks, casual boat moorings and an island playground.Yes siree, Perth’s CBD is all grown up. 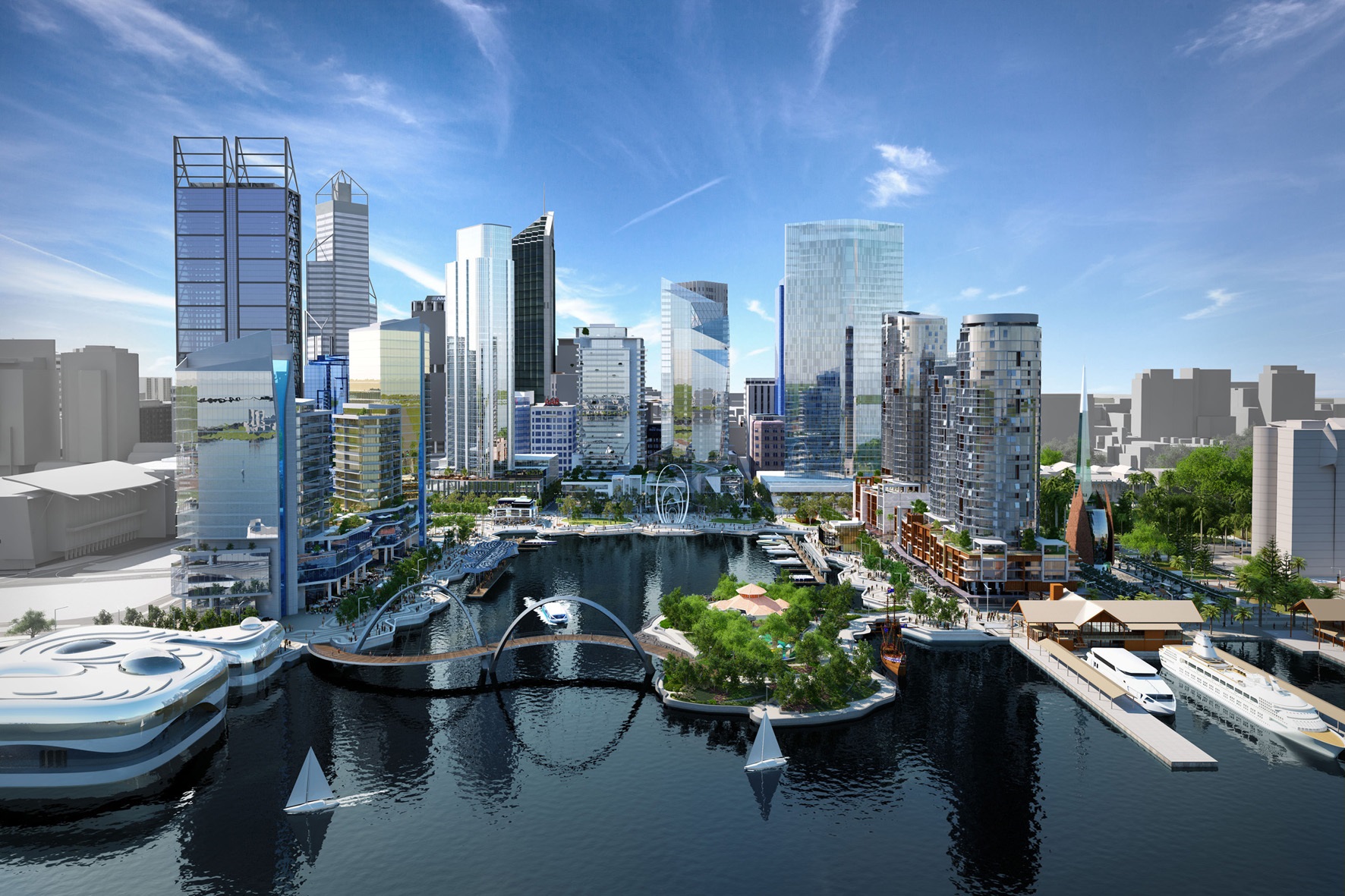 Just outside of the city in West Perth, hipster haven Gordon Street Garage does fantastic coffee thanks to its micro-roasting on the premises and delivers consistently good food and wine. So called because it is actually a reimagined former garage, it’s also a wine bar with a great urban garden.

Just up the road, West End Deli is a popular meeting spot great for a business breakfast, with talented baristas who never get it wrong and a menu featuring all of your favourites plus some new ideas. It’s hard to go past the avocado with crushed peas and mint with a poached egg on the side.

On the other side of the city in South Perth, Preston Street has had a makeover with a new restaurant called HangOut on 20 Preston opening its doors recently featuring a delicious gelato shop as part of the package. Perfect to help you cool off on those hot summer nights.

And Perth restaurant The Boathouse on the South Perth foreshore remains a popular spot for lunch or dinner looking back over the city. It does fresh, modern Australian cuisine with a focus on local seafood and has an extensive wine list.

With so much gorgeous coastline in WA, it would be remiss of anyone to come to Perth and not enjoy a cold glass of local wine while overlooking one of its beautiful beaches. Bib & Tucker, owned and run by Olympic superstar Eamon Sullivan is just such a place.

Set into the sands of Leighton Beach the restaurant has recently undergone a redesign and has some of the best food in town thanks to talented Head Chef and co-owner Scott Bridger’s interpretations of modern Australian fare and his passion for local produce.

Miss the Soft Shell Crab Sliders and Fish Tacos at your peril. But make sure to book a table as soon as you land, it’s a popular spot for good reason.

Also on the beach in Swanbourne is The Shorehouse, a stylish Hamptons-inspired restaurant that’s been a favorite addition to the coast over Perth’s long hot summer offering casual beachside dining and great views.

And last but by no means least, Odyssea Beach Cafe on City Beach opened in mid-January. The development will transform Perth’s most central beach with breakfast, lunch and dinner options overlooking the ocean on its huge deck.

One thing is for sure, if you do enjoy your eating and drinking, you’re spoilt for choice in Perth right now, and there’s plenty more to come.