By Annabelle Richmond
Only a select few of the world’s dive destinations meet the UNESCO World Heritage criterion. If you’re a lover of the ocean, here are five sites that may be worth adding to your bucket list, as Annabelle Richmond writes.


The unmistakable limestone islands of Palau have been the poster child of many conservation messages. However, while the topside beauty of the volcanic islands is spectacular, it’s what’s underwater at this spot that truly wows.

The 445 uninhabited islands in the Rock Islands Southern Lagoon are home to the largest number of marine lakes on the planet.

New species are constantly being discovered within the lakes, as well as out on the barrier reef fringing the lagoon. Channels, tunnels, and caves offer exceptional diving at sites such as Ulong Channel, Peleliu Wall, Blue Corner with the cleaning stations bringing in mantas by the dozens at German Channel.


While the UNESCO protected area includes all 19 of the archipelago’s islands, it’s Darwin’s Arch and Wolf Island in the remote northwest part of Galapagos that appeal most to divers, with huge schools of fish and common sightings of Galapagos sharks, silky sharks and schooling hammerheads.

Add to that the topside wonders that include not only tortoises but also marine iguanas, lizards, and the famed finches, and it’s easy to see why Galapagos is one of the most treasured ecosystems and marine systems in the world. 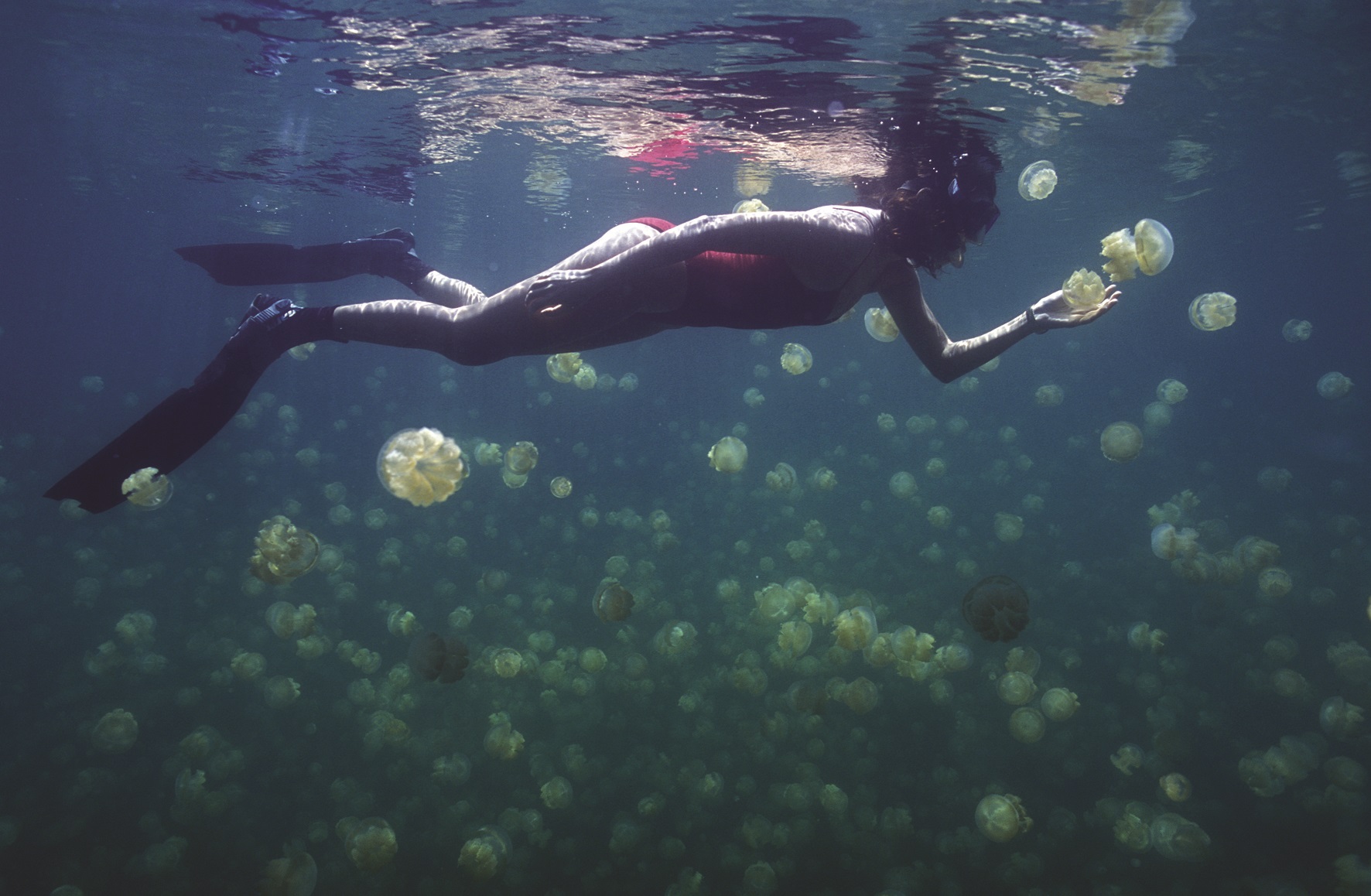 
Komodo has the most diverse diving in all of Indonesia with reefs blooming with soft corals, hard corals awash with anthias, turtles feeding in the shallows, and seamounts swarmed by large schools being stalked by jacks and sharks.

Legendary dive sites include the ripping drifts of Karang Makassar and the cleaning stations of Manta Alley.

Cannibal Rock, one of the dive sites in the National Park, offers a surface interval like no other with the chance to observe the famous Komodo dragons stalking topside.


At the heart of the Brazilian Atlantic Islands, Fernando de Noronha Marine National Park offers some of the most surprising diving in the Americas.

The area is surrounded by volcanic peaks with the islands being formed by a submerged mountain chain. Some 200 species of fish live here, and sightings of lobsters, octopi, rays, and sharks are common.

The area is a dolphin sanctuary, with divers often surprised by groups of curious dolphins swimming by. The remote location of the 21 islands results in an untouched feel and pristine marine life making the journey well worth the diving.