By Heather Wright
If New Zealand is a land of contrasts and wild beauty, nowhere is that more apparent than in the South Island.

Heather Wright takes us from the wide-open Canterbury Plains to the soaring Southern Alps, the sheltered inlets of the Marlborough Sounds to the wild extremes of Bluff and the Foveaux Strait.

Once a central player in the Otago Gold Rush, with its population almost trebling between 1861 and 1864, Dunedin is known for its historic buildings, Scottish heritage, and abundant wildlife - and as the home of the world’s steepest street, Baldwin Street, which features a concrete surface and steps instead of a footpath.

The Edwardian Baroque-style station itself is something of an icon, opened in 1906 and a tribute to the wealth of the region at the time. During its peak, the station was one of New Zealand’s busiest, handling up to 100 trains a day.

While most of the trains are now long gone, Dunedin Railways operates a number of train journeys, traversing the rugged Taieri Gorge, the central Otago Hinterland and up the coast north of Dunedin.

Within easy reach of Dunedin, the Otago Peninsula is home to sea life, including New Zealand fur seals and sea lions, rare yellow-eyed penguins, little blue penguins and the world’s only breeding mainland Royal Albatross colony. With a wingspan reaching up to 3.3 metres the breeding pairs arrive on the Peninsula in September, nesting in November.

The peninsula's colourful history has been well preserved, with New Zealand's only ‘castle’ Larnach Castle, the beautiful Glenfalloch Woodland Gardens and the Disappearing Gun among the attractions.

The Disappearing Gun is part of Fort Taiaroa, established to counter the threat of invasion from Tsarist Russia, and is the only Armstrong Disappearing Gun in the world in working condition in its original gun pit.

Many of Dunedin’s best eating places are located around the Octagon in the central city where you’ll find a wide range of cafes and restaurants.

Near the top of the South Island, nestled in Tasman Bay you’ll find Nelson, New Zealand’s second oldest city, settled in 1841 and known for its arts and crafts, and as an entry point to the stunning Abel Tasman National Park.

The Nelson Market, held in the centre of the town each Saturday, is home to a range of organic produce and a huge cross section of arts and crafts including woodwork, soap, pottery and art. This is true local craftsmanship, with no imported products allowed to be sold at the popular market, and a visit here will have you in good company - Prince Charles, and the Duchess of Cornwall visited in late 2015.

Nelson is also home to the World of Wearable Art and Classic Cars Museum, where some of the dramatic designs from New Zealand’s international design show, which pushes the bounds of wearable art design, are showcased. The museum also houses a private collection of more than 60 cars ranging from an Alvis Boattail Speedster to a Volvo P1800. Nelson’s location makes it a prime destination for cycling, walking and water sports, so if you’re looking to stretch your legs, there are plenty of options - including a walk to the ‘Centre of New Zealand’. 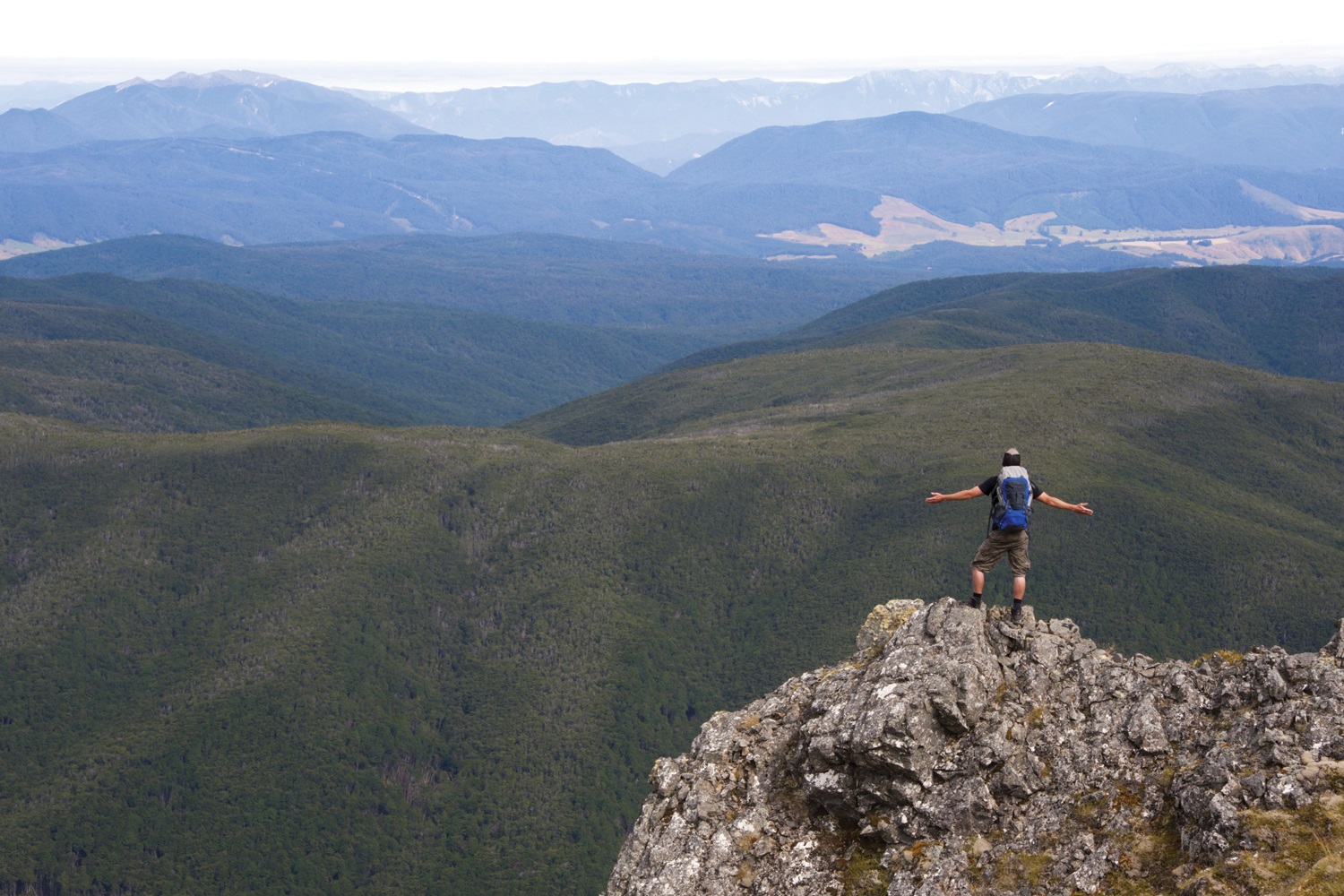 The Centre of New Zealand on Botanical Hill was used as a central survey point for the first geodetic survey of New Zealand in the 1870s. While a 1962 survey puts the true centre of the country elsewhere, the walk, which begins at the Botanical Reserve, is one of Nelson’s most popular, taking 20 to 60 minutes depending on your pace.

From the walk, you can also see the renowned Nelson Boulder Bank, a 13km spit of boulders formed 10,000 years ago. The Boulder Bank itself can also be walked, but be prepared for changing weather conditions - it is very exposed out there.

If biking is more your thing, the Tasman Great Taste Trail passes through some of the region’s most beautiful coastal and inland areas and includes a ferry ride to Mapua.

While the full trail is 175km, the 35km ride from Nelson to Mapua alone is well worth the effort, with the coastal village home to waterfront restaurants, galleries, boutique shops and the Golden Bear Brewing Company, which as well as having plenty of locally brewed craft beers on tap, also offers brewery tours.

Mapua Wharf is also home to several restaurants, including The Apple Shed Cafe and Jellyfish Cafe and Bar with its Mediterranean influence.

Back in Nelson, you’ll find an abundance of great cafes and restaurants, many showcasing the region’s Italian and German history. Head to Rocks Road or Trafalgar Street for plenty of culinary options. Petite Fleur at Seifried Estate in Richmond, on the way to Rabbit Island, is also worth a visit, with its European influence and tranquil vineyard surroundings.

Five years on, the devastation of that quake can still be clearly seen, but there are plenty of new attractions too, and new zones continue to open up offering fresh experiences for visitors and locals alike.

Among the innovative developments are the ReSTART container mall, built from brightly painted shipping containers and offering a mix of fashion, food and markets, and the Transitional ‘cardboard’ Cathedral, which, as the name suggests, is made in part from cardboard. Seating 700, the Cathedral is used for concerts, exhibitions and community events, as well as services, and its triangular window includes 49 panels incorporating images from Christchurch Cathedral’s original rose window. The original cathedral suffered significant damage in the earthquake.

The Christchurch Art Gallery, which reopened at the end of 2015, is also a beacon to the city’s recovery, and there’s plenty of street art to be found throughout the central city.

Canterbury has a thriving vineyard and winery sector, with the Waipara Valley, North of the city, home to 74 vineyards, 31 wineries, and four winery restaurants at last count.

The region is best known for its Pinot Noirs and Rieslings and has been dubbed ‘one of the unsung heroes of the wine industry’ - no small praise given New Zealand’s reputation for world class wines. 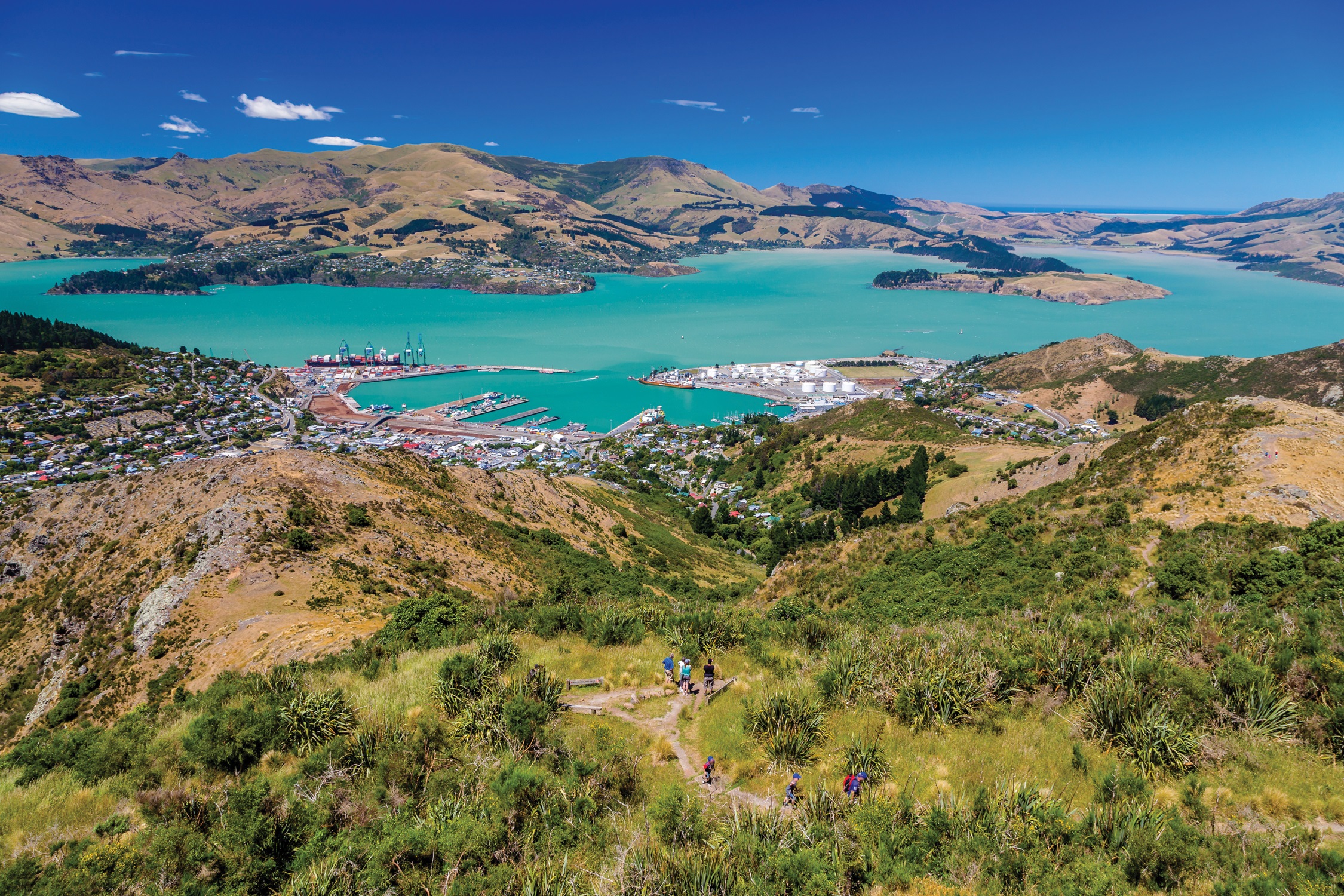 The Coastal Pacific train operates daily return services between Christchurch and Picton, between September and May, offering breathtaking views of the rugged coastline and the Pacific Ocean. If you’d rather go West, the TranzAlpine runs daily between Christchurch and Greymouth and is regarded as one of the world’s best train journeys, crossing the Canterbury Plains and traversing deep gorges and the Southern Alps before descending through native beech stands to Greymouth on the West Coast.

One of the southernmost cities in the world, Invercargill is located on the Southern Scenic Route and is the gateway to some of New Zealand’s most stunning destinations, including Fiordland, the Catlins, and Stewart Island. An upgrade to the inner city has created a modern, attractive centre, with a number of heritage buildings adding character to the city. 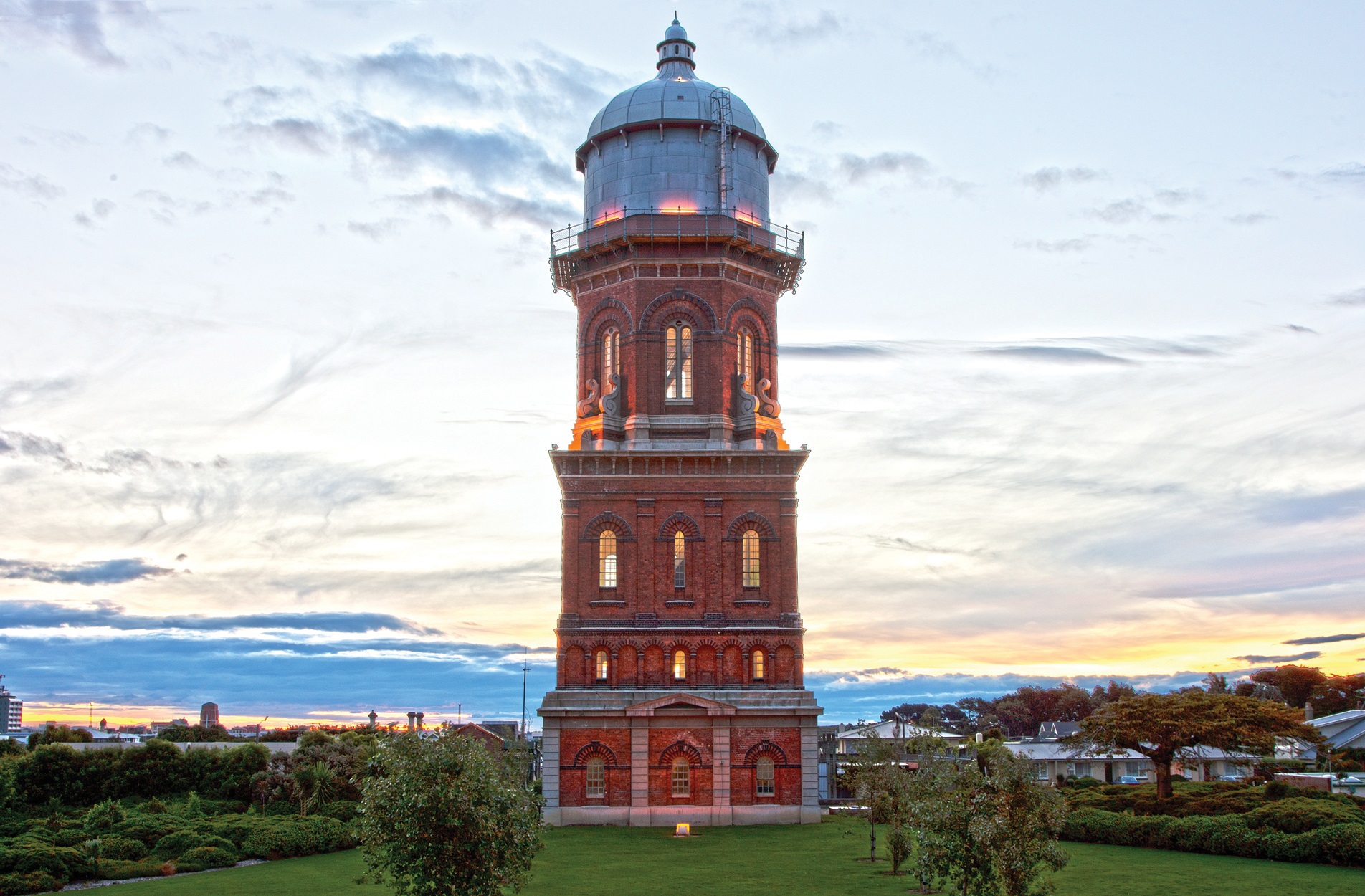 Transport plays an important role in Invercargill’s history, one of the greatest stories being that of Burt Munro, who in 1967 set the under-1000cc world record at Bonneville. His story was immortalised in 2005’s The World’s Fastest Indian, starring Anthony Hopkins.

Munro lived in Invercargill and worked here for years modifying the 1920 Indian motorcycle which would see him claim records, his last one coming aged 68 riding a machine that was 47-years old. His original bike, tools, and vehicles along with other items of interest are on display at E. Hayes and Sons.

The city is also home to Bill Richardson Transport World, the largest private collection of its type in the world with more than 250 vehicles, along with a wearable arts collection, play zones, cafe and themed bathrooms - yes, you read right.

Meanwhile, the Southland Museumand Art Gallery includes a Tuatara enclosure. The native New Zealand reptile is now only found in the wild on 35 islands in the Cook Strait and off the North Island’s east coast. The Tuatara enclosure is home to more than 80 of the reptiles, including Henry - at 100 years old, the star of the show - and its successful breeding program is helping keep New Zealand’s ‘living fossil’ alive.

A 30-minute drive from Invercargill, you’ll find Bluff, on the Southern tip of the South Island and the gateway to Stewart Island. A one-hour ferry trip will get you to Stewart Island where you can take one of several tours, including a bird and Kiwi watching tour or a coast to coast tour.