The Future of Food

By Matthew Duncan
As you’re reading this article, the global population is now more than 7.7 billion people. Moreover, if that number seems too large to comprehend, a little context can provide a sense of scale. It took around 200,000 years for the human population to reach 1 billion – but only another 200 years to skyrocket up to 7 billion.
There are now more people in China and India alone than there was on the entire planet in 1955. According to the UN, we’ll hit 8 billion by 2024, 9 billion by 2040, and the round figure of 10 billion shortly after 2060.

In today’s society, there are endless discussions about infrastructure, land, and energy. However, it’s clear that we also need to re-think our food system if we plan to keep everyone fed and happy.

In the early-to-mid 1900s, mechanisation, fertilisers, and pesticides allowed farmers to increase food output beyond our imagination. Now in 2019, there’s a growing need to develop new technologies – and advance some old ones – to meet the impending demand of 10 billion hungry people.

Aside from more and more mouths to feed, there are some big problems in the way we
currently grow, transport, and connect with our food. The western world has seen an explosion of highly - processed, low-cost food – high in calories but low in nutrients.
In addition, we’ve become almost completely disconnected from growing the food we eat. Most people lack any farming or agricultural skills, placing the burden of food production in the hands of a tiny minority.

To combat this, we’ve seen the recent emergence of urban farming. Efficient, cheap, and hyper-local, it combines grass-roots agriculture with Silicon Valley-style innovation.

The ideals of urban farming are beautifully simple. Grow the food in the area where it will be eaten, and grow as much as you can from the fewest resources. Instead of relying on a farm hundreds (or thousands) of kilometres away, urban farming takes place right in the neighbourhood where the food is consumed.

A New Version of a Very Old Idea

The concept of local farming is not a new one. Traditionally, human beings needed to live near food sources out of sheer practicality. Only in recent times have advances in transportation allowed us to live so far away from where our food is grown.

Many European cities relied on localised farms after World War 2 as a means of survival. The re-emergence of urban farming takes the concept of city growing–and uses today’s technology to make it viable in a crowded modern setting.

Each shipping container needs only a basic power and water connection to get started - and takes up just 30 square meters.

Farming for the iGeneration

One company garnering much attention is ‘Square Roots’ which was formed by Kimbal Musk - a food entrepreneur with a cowboy hat and a very famous brother.

In 2016, Square Roots thrust Urban Farming into the public conversation, setting up a shipping container farm inside a Brooklyn parking lot.

The micro-farms need no natural light and use no soil. Instead, there’s a special brew of mineral nutrients combined with hydroponic LED lighting. These urban ‘biodomes’ grow GMO and pesticide-free food all year round with minimal production, water, and transport costs.

New farmers receive training to develop their skills and better understand the growing cycles of their crops. They then utilise cloud technology to monitor and enhance yields  as well as share data with other farms.

Just as an AI system can learn by itself, an urban farming network becomes more efficient as more people connect to it.

Square Roots already sells produce in over 30 stores around New York, and plans for national expansion are well underway. Its current food varieties include lettuce, kale, beetroots, carrots, turnips, plus a complete range of herbs. The next stage includes fruits such as strawberries and blueberries. When shopping, consumers can scan QR codes  to see when and where their food was grown, and even by which farm.

With the core framework in place, urban farming can provide a sustainable food supply in even the most densely populated area. So as cities become more crowded and demand for fresh food increases - urban farming seems like the perfect solution.

As we work to scale-up our food supply, there’s a growing conversation not just about how we should eat–but what. Also, when once we looked up to find food growing above our heads, a new source of nutrition lies down around our feet. It’s fair to say that not everyone will be lining up to try it.

Insects are an incredibly rich source of protein and minerals. While foreign to the western world, they’re already a common food throughout much of southeast Asia, Africa, and South America. Many cultures have long regarded insects as a delicacy.

There are over 2,000 types of edible insects–including beetles, crickets, caterpillars,grasshoppers, locusts, and wasps. If you can power through the knee-jerk ‘Ewww’ reaction and focus on the numbers, insects offer some fantastic  nutritional benefits. 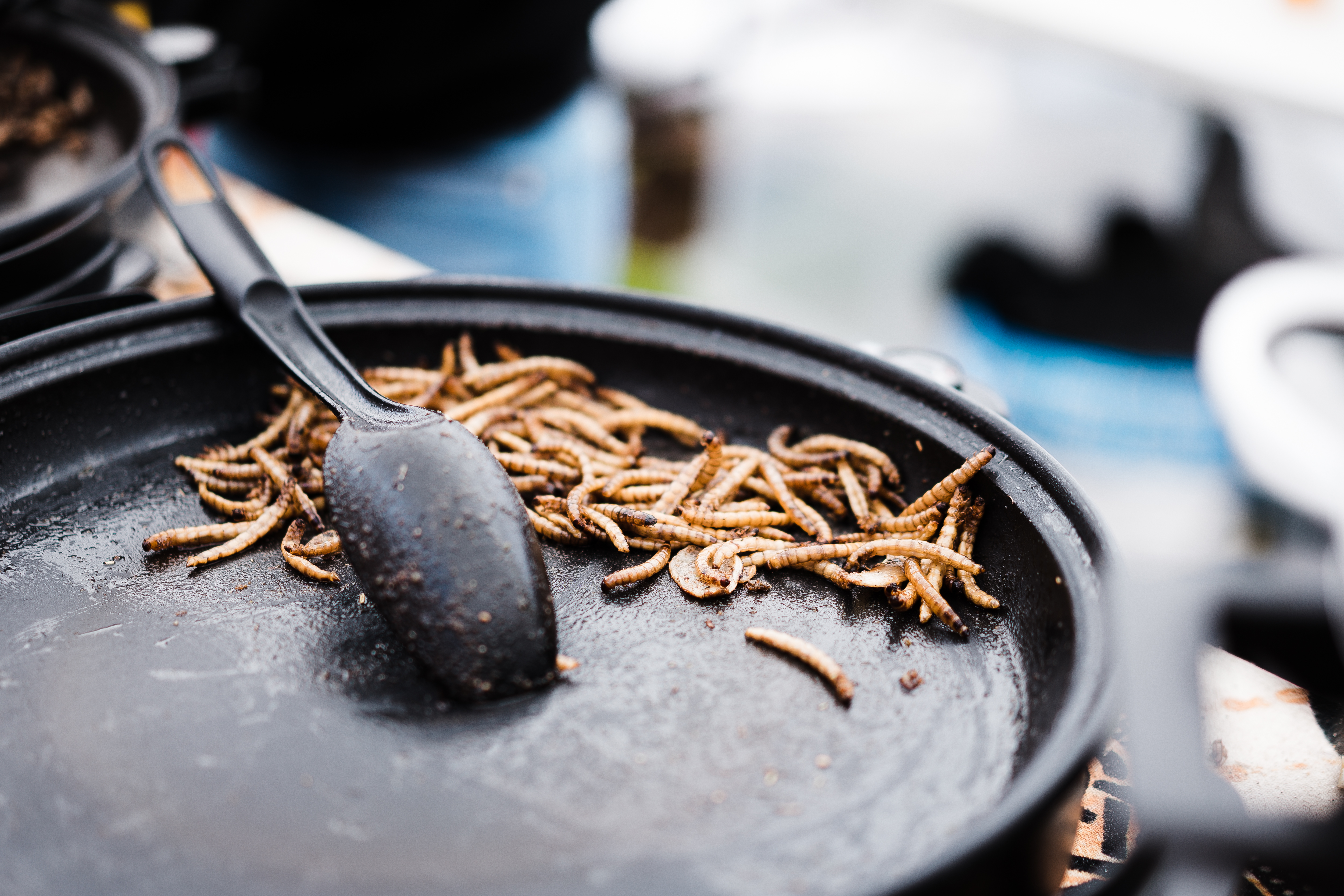 Are Insects the New Superfood?

Crickets, for example, are 69% protein compared to beef, which is only 29%. Cricket flour–which is precisely what it sounds like–contains more calcium than milk and more iron than spinach. It also contains high levels of essential minerals like zinc, magnesium, sodium, and potassium.

However, there’s more than just health benefits; insects also have advantages over livestock when it comes to land and resources:
One gram of beef protein requires around 63 litres of water to produce. The same amount of water can yield almost 40 grams of cricket protein.

One kilogram of beef protein requires around 200 square meters of land. You can produce the same amount of cricket protein from only 15 square meters – and using 1/13th of the feed.

Despite these eyebrow-raising numbers, few people see insect protein as a threat to the
livestock industry. Instead, it will be in addition to it, especially in areas where land is scarce. Currently, there are around 570 million farms in the world, and 90% of them are family run. In many areas, farms are still the glue holding entire communities together.
As a society, we have a long-standing connection to farms and the livelihoods they generate. This all but guarantees livestock farming will continue - with or without bugs on the menu.

The Dawn of Lab-Grown Meat

You may have heard rumblings about lab-grown meat coming sometime in the distant future, but the reality is we may see it on menus in a few short years.
The basic concept of lab-grown meat – also known as ‘cultured meat’ – is simple enough. Scientists take a handful of animal cells and then introduce nutrients, light, and heat to grow cruelty-free meat in a lab. It’s the same core principal medical scientists are experimenting with to re-grow human muscles and even entire limbs.
Lab-grown meat is waste-free, disease free, and produced in an environmentally-friendly way. New research claims that lab -grown meat could reduce livestock carbon emissions by 96%, and land use by 99%. It also uses none of the hormones, antibiotics, or steroids that we hear about used in commercial factory farming.

The World’s Most Expensive Hamburger 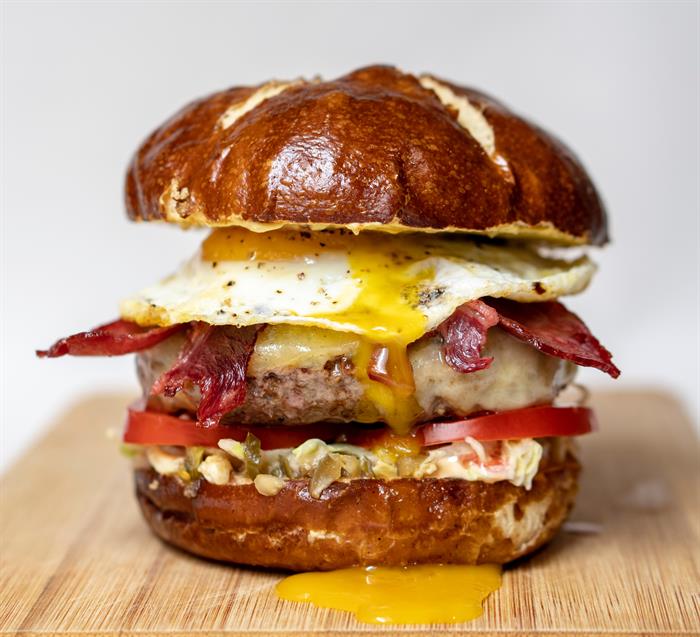 While initial trials of lab-grown meat are encouraging – it isn’t ready for mainstream consumption just yet.


The first lab-grown hamburger from 2013 cost around AUD 400,000 / £218,000 - and still didn’t have the desired texture or taste. Since then, many investors have come to the fore (including Richard Branson and Bill Gates), technology has improved, and costs have plummeted. In 2019, the hamburger that once cost the same as a house is now down to around AUD 15/ £8.

As with most technologies, the bulk of the cost lies in the initial research and development. Once lab-grown meat enters commercial production, it will most likely end up being cheaper than ‘traditional’ meat. Also, healthier for you too - at least in theory.

Are We Ready to Accept Alternative Meat?

The most fascinating aspect may not be the end product itself - but watching how the public at large receives it. Many people already do not - or choose not to - think about where their meat comes from. This in itself could make it easier for lab - grown meat to start appearing on dinner plates sooner rather than later.
Impossible Foods tackled the question “What makes meat taste like meat?” and then made it from plants. Their first significant launch was with hamburger mince, made entirely from plants with their product selling into restaurants and launching into grocery stores later this year. The Impossible Burger is currently available in restaurants in the US, Singapore, Macau, and Hong Kong.
Impossible Foods recently raised another AUD430 million / £236 million to satisfy the demand for its plant-based alternatives to meat. The latest round of funding led by the company’s previous major investors Temasek, a Singaporean investment company, and Horizon Ventures, a venture capital firm in Hong Kong includes celebrity investors Jay-Z and Serena Williams.

With so many options coming onto the market, while there will likely always be a demand for ‘traditional’ meat, plenty of people will be eager to make the switch, especially once the taste and price are right. The future of food looks to have more diversity, and variety in it.