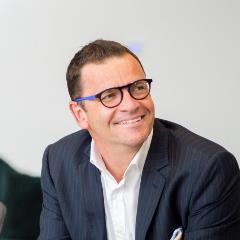 “David will provide further collective strength in strategic decision making and leadership for the Quest corporate office and guide operational support across the franchise network.”

“This is an important role for the ongoing success of our franchise business and an exciting development of our operations function,” Mr Constantinou said.

“Quest’s business format franchise model has created a generation of hoteliers invested in their business and I look forward to contributing my expertise in hotel management and strategy to this model,” Mr Mansfield said.

Most recently David was Area General Manager for IHG in Melbourne and Canberra. Currently, David serves as the Chairman of the National Advisory Board of Employment at the Accommodation Association of Australia.

David has over 30 years’ experience working in senior corporate and strategic management positions in locations across Asia, the Middle East and the Pacific.

David has extensive experience in hotels and resorts with roles focused on site development and pre-opening, redevelopment planning and execution, profitability, legal and financial fiduciary and oversight of stakeholder investments.