The 84-room apartment hotel, developed by Sandran Property Group, is located in the heart of Canberra’s CBD, positioned between Canberra Centre, Glebe Park and the National Convention Centre.

Earlier in the year, The ACT Government released its 2018 Budget Review which announced the ACT had experienced the highest growth rate of any state or territory at 4.6 per cent. Annual employment is at its strongest in a decade with 10,000 new jobs created in the past year across a diverse range of sectors including; education, healthcare, tourism, retail and professional services.

Quest Apartment Hotels General Manager – Growth, James Shields was delighted to announce the opening of the company’s second property in Canberra during this strong period of growth for the nation’s capital.

“With population and jobs growth on the rise we are seeing an increase in business travellers to the ACT. This in turn stimulates demand for quality accommodation so I’m confident that Quest Canberra City Walk will go from strength-to-strength in this market.

“The precinct is bursting with opportunities. London Circuit, which is a short walk from the property hosts some major government and private sector tenancies and the property is positioned close to the bustling City Walk retail strip, which includes large retailers such as Myer, Coles and David Jones,” Mr Shields said.

“We are very excited about the recent opening of Quest Canberra City Walk. The revitalisation of the City Walk precinct will continue to drive retail and commercial activity in the location,” Mr Phillips said.

I’m delighted to be opening my second franchise in this wonderful city and to increase my involvement with the business. I joined the Quest family under two years ago and I’m confident that this property will be a tremendous addition to the network having received terrific interest and support from the local community.  After months of preparation, it’s wonderful to welcome our first guests to the property,” said Mr Malik. 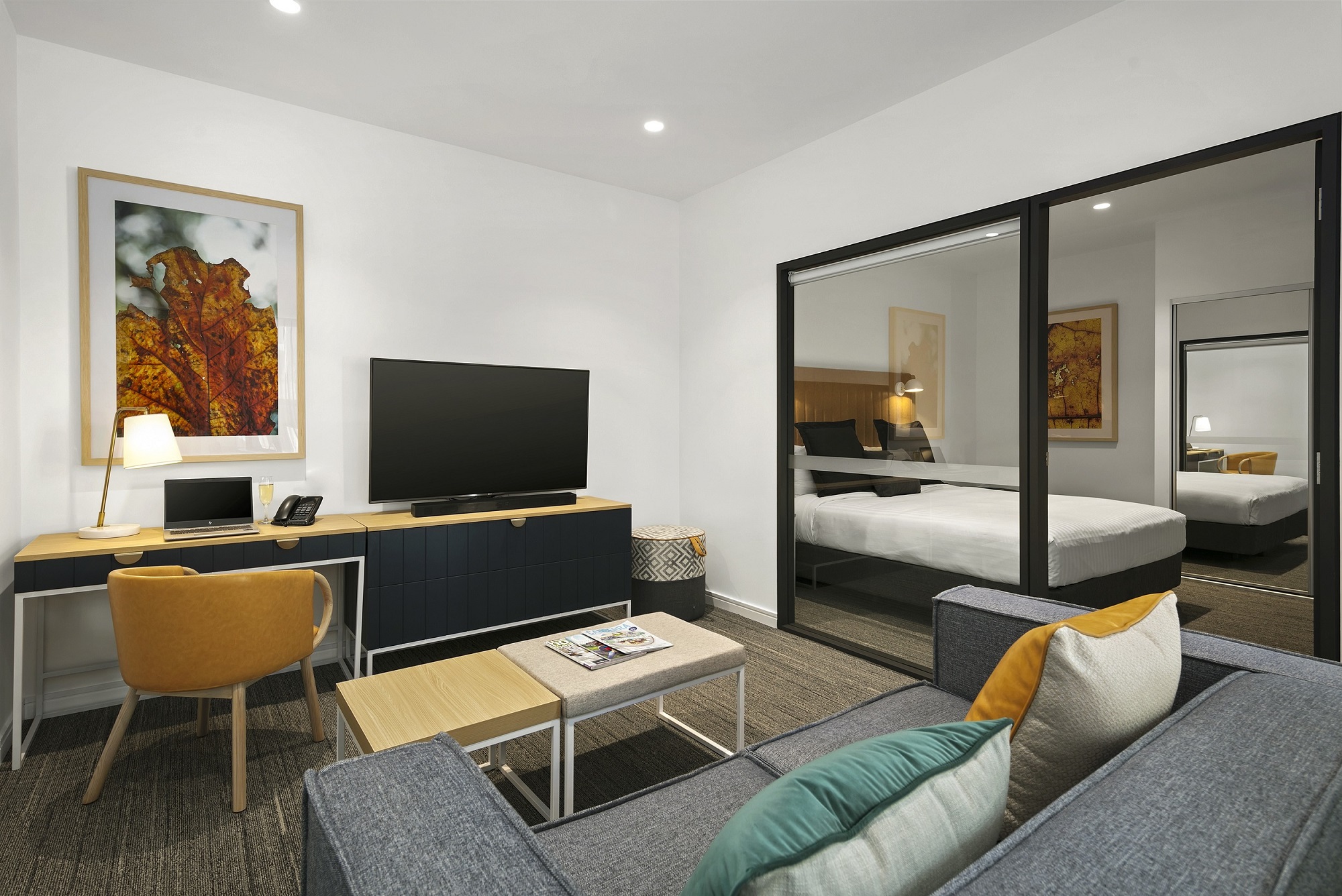 Internationally recognised Canberra-based artist, Kylie Fogarty was commissioned by Quest Apartment Hotels to create two pieces of art, which are now featured in the foyer of Quest Canberra City Walk.